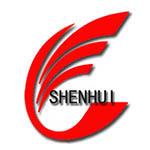 Home / News / Privacy agreement / What types of laser marking machines can be divided into?

What types of laser marking machines can be divided into?

The CO2 laser consists of an inflatable discharge tube with a reflector at one end and an output coupler with a partial reflector at the other end. Electricity passes through this gas-filled tube, producing light. This light is then reflected through a partial mirror to produce a laser.

The mixed gas in the discharge tube includes carbon dioxide, nitrogen, hydrogen and helium. When a current passes through a nitrogen molecule, the gas mixture becomes "excited" (gaining energy). Nitrogen particles can stay in this state and retain their energy for a long time without losing energy in the form of light. This started a chain reaction throughout the gas mixture, and the vibration of the nitrogen particles stimulated the carbon dioxide particles. When this happens, the number of particles in the gas mixture that are full of energy is greater than the number of particles that are not full of energy. This is called particle reversal of laser marking machines .

Carbon dioxide laser marking machines are ideal for marking on materials such as plastic, ceramic, rubber, and paper, but because of their high infrared wavelengths, they are not ideal for marking on metals. This is because when infrared radiation hits the surface of a metal object, the electrons contained in the metal atoms match the speed of the radiation wavelength, so that the laser is reflected without leaving traces.

YAG laser marking machines , also called flashlights or lamp pump lasers, operate at a lower wavelength than CO2 lasers. These lasers use a bulb as a pumping mechanism and yttrium aluminum garnet (YAG), a synthetic crystal that acts as a laser gain medium.

YAG lasers are more popular when scoring metal because of their lower wavelength. The efficiency of the YAG laser is not ideal. The laser diode bulb used often generates a lot of heat, which requires a liquid coolant to maintain it. This means that heat and light energy are wasted through the bulb, and the life of the bulb is often short with continuous use. Therefore, our last laser has become the most popular laser marking technology in recent years.

Solid fiber laser marking machines have become the industry standard for laser marking machine due to their overall quality and reliability. The term "solid state" refers to a sealed laser light source that protects against contamination such as dust particles or the environment in which it is used. This compact design also helps increase the efficiency of fiber lasers, prevent any light leakage, and ensure laser density.

Because it is more efficient and cheaper than YAG lasers, fiber laser marking machines are industry standard equipment in many manufacturing plants. In fact, making a laser beam is 200% more efficient than making a carbon dioxide laser. In addition to the absence of expensive mirrors or removable focusing lenses, this makes fiber lasers the most practical option for modern manufacturers to apply permanent markings on metal parts.

So after reading this article, do you know how to choose a laser marking machine, Laser Engraving Machine, CNC Wood Working Machine now?